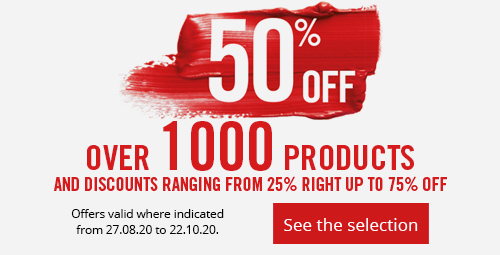 Recommended from your Favourite Brands

Michael Harding oil colours are unsurpassed and used by artists such as David Hockey, Sir Howard Hodgekin and Chris Ofili. We hear from the man himself about his research and process…

‘I started making oil colours back in 1982 while I was studying Fine Art. I had always been inspired by Rembrandt paintings in the National Gallery and I wanted to try and recreate his paint effects and glorious colours in my own work.

Not suprisingly, after a number if aborted attempts, I realised something was missing. It wasn’t just his genius that I lacked, but the actual materials I was using. They would not behave in the same way as the paint in his work, and the colours had a totally different appearance.

The Clairefontaine paper mill was founded in Etival by Jean-Baptiste Bichelberger in 1858.

He was succeeded by his son Paul Bichelberger who, with the help of Emile Champon, made important changes for the company by using wood as a raw material to make paper. They also introduced the envelope manufacture and the notebooks and sketchbooks which up until then had been mostly produced by printers. This was done at an important time when the tools for education were beginning to move away from children using the traditional slate.

Paper is our history. A tradition that has been passed on for 750 years.

It is not known for sure how the art of papermaking came to the small town of Fabriano, but as the craft was originally born in China and spread to the Middle East, it is believed that the Fabrianesi learned the secrets from a group of Arab soldiers who landed in the Port of Ancona during the 13th Century.

The Master Italian paper makers introduced some major innovations. These included the invention of the Hammer Mill, which moved hydraulically and replaced the ancient mortars used by the Chinese to prepare the paper pulp, and the introduction of gelatin to the paper recipe, known as Paper Sizing, which made the paper surface more suitable for writing and increased its age resistance.

See all products from these selected brands

Sort by:
Sort by:
We've made it easy for you to find all your favourite products from your favourite brands by sorting them together! Find all the available surfaces, colours and tools from one manufacturer in one place. Once you have chosen your brand, filter the selection by product type to find exactly what you're looking for. You'll also find everything available from our own private labels here, including Gerstaecker, I Love Art and Artist Junior, offering quality products at affordable prices and exclusively available from GreatArt!

We use cookies to give you the best online experience. Please let us know if you agree to all of these cookies. No, learn more.